Orlando Bloom, like Daniel Radcliffe or Benedict Cumberbatch, is one of those actors who will never leave the public conversation – thanks to his starring roles in The Lord of

the Rings and Pirates Of The Caribbean.

But while Bloom might inspire luscious praise from geeks and fangirls from Mayfair to Middle Earth, the man’s far from a nerd as far as fashion is concerned. Indeed, Mr Bloom is a rather snappy dresser. One of the best in the game, in fact.

He’s also got a keen eye for experimentation, as his most recent outfit reveals. Walking his new foster dog Buddy around Capri, Bloom looked casual yet slick, pairing a plain white tee with some weathered denim jeans held up with suspenders – a rather old-timey yet decent-looking move. The suspenders, however, lay in stark contrast with the ultra-modern Sacai x Nike Vaporwaffle “Villain Red/Neptune Green” sneakers on his feet. 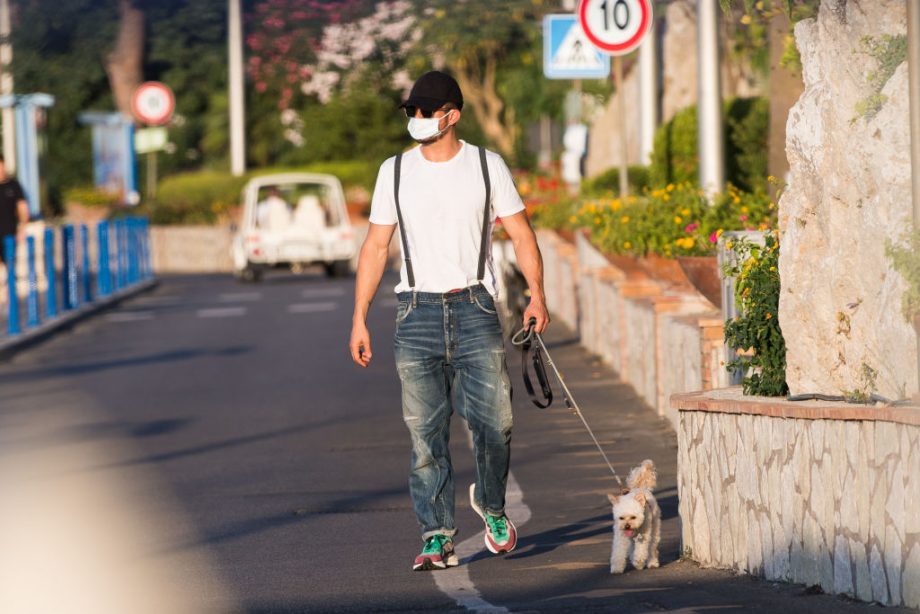 Sacai is the personal luxury imprint of renowned Japanese fashion designer Chitose Abe, a pioneer of women’s streetwear who’s worked with brands like COMME des GARÇONS, The North Face and Beats by Dre, as well as designers like Jean-Paul Gaultier, Junya Watanabe and Hiroshi Fujiwara.

Abe through Sacai has been collaborating with Nike since 2015, and their collaborative sneakers have been some of the hottest properties in the sneaker world for years. Their signature ‘doubled up’ aesthetic – including multiple tongues and stacked midsoles – are highly distinctive, reaching the sort of aesthetic notoriety as Off-White’s zip ties or 1017 ALYX 9SM‘s buckles.

Bloom clearly knows a good thing when he sees it – and his experimental impulses are also right on the money. The suspenders might be a bit ~peacock~ but we’d be lying if we said the fit wasn’t fire.

Bloom was in Capri to attend the LuisaViaRoma UNICEF Italia summer gala, where his partner, pop star Katy Perry, was performing. Bloom has been a UNICEF Goodwill Ambassador since 2009, and Perry since 2013.