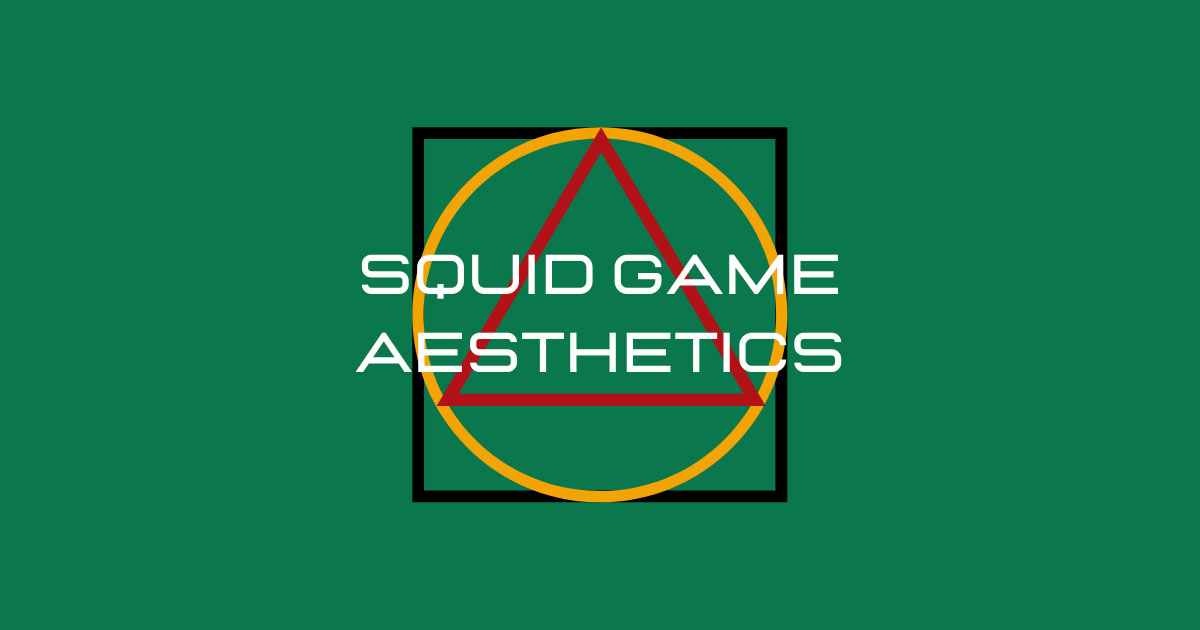 Many people have been talking about the hit South Korean drama Squid Game, from its cast and foreshadowing to the moral lessons and the rules of the deadly games. But why haven’t I seen a discussion on its aesthetics yet? I binge-watched the nine-episode survival drama on Netflix overnight – the story was so compelling that I couldn’t wait to watch the rest of the episodes. What engaged me the most about the Korean series was the costumes and mise-en-scène. Read on to find out why I’m hooked.

All drama stills from Netflix

To create childlike visuals that contrast with adult cruelty and violence, Squid Game uses a lot of geometric shapes in its costumes and props. The staff are divided into three groups distinguished by black masks printed with either a hollow square, triangle or circle – very much like the buttons on a PlayStation 5 controller. The game involving dalgona candy (an old-fashioned Korean sweet) features four shapes: triangle, circle, star and umbrella. The three finalists also sit at a triangular table. Last but not least, the titular squid game is played on a ground drawn with squares, triangles and circles that form a simple squid.

Low poly is a computer graphics technique that uses a relatively small number of polygons to create 3D models. The faceted appearance gives off a retro game appeal – think of the first Lara Croft design in the 1996 video game Tomb Raider. The Front Man’s black mask in Squid Game embodies the low-poly aesthetic, and so does the tri-colored staircase leading to the battlefield. The effort to create a retro game setting in Squid Game; proves to be a success – gamers love this drama so much that replicas of its games now proliferate on the gaming platform Roblox.

Squid Game uses mostly red and pine green, as seen in the ddakji folded paper tiles and vote buttons in episode one, the tri-colored staircase, the playground for the dalgona game and, of course, the red Money Heist-like onesies of the staff versus the green tracksuits of the players. There’s occasional use of yellow, pink, cyan, black and white, but hardly any use of blue or purple. The use of these colors evokes a dreamy, kindergarten ambience.

Many moments in the drama strike me as being surreal, in particular the scenes where the players walk up the staircase reminiscent of an Escherian stairwell. Other surreal set designs include the mechanical puppets in Front Man’s office, the huge robot girl and fake blue sky for the “Red Light, Green Light” game, the staged alleyway in the marble game, and the checkerboard setting of the last supper.