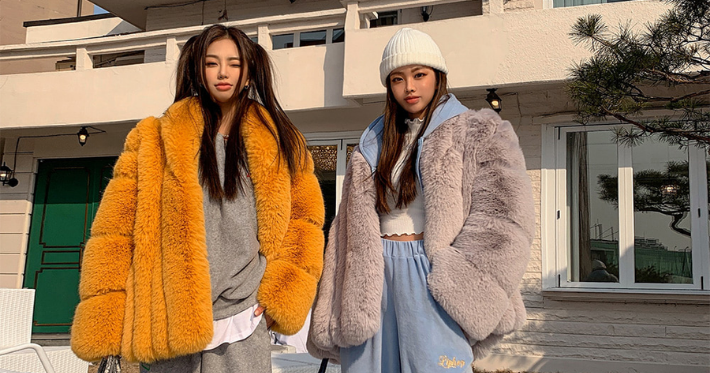 You’ve probably seen a lot of Korean skin care in our blog, but did you know that YesStyle sells plenty of Korean fashion too? In previous Brand Profile articles, we’ve covered popular brands such as chuu and rolarola. This time, we look into LIPHOP, the hip-hop-inspired brand with global influences. YesStyle’s LIPHOP selection includes tops, cardigans, sweaters, coats, joggers, jeans, pants and more.

Launched in 2003, LIPHOP combines hip-hop-inspired fashions with Korean trends to create unique fashion items. The brand prides itself on its global appeal and sexy yet luxurious high-fashion offerings delivered in fast-fashion format. You’ll never get bored exploring the LIPHOP fashion collection, as the retailer drops new items daily. The brand aims to foster confidence and self-expression with its diverse range of products. The fashion label offers clubwear such as a LIPHOP set consisting of a logo-patterned mesh dress and a camisole dress, streetwear such as LIPHOP jeans and LIPHOP pants with raised lining, sportswear such as logo-pattern LIPHOP joggers, and loungewear such as the LIPHOP Homie Hoodie.

LIPHOP CEO Kim Ye-jin boasts 95,000 followers on her Instagram account yejinkimkk. As LIPHOP’s founder, she posts photos of herself rocking the brand’s apparel, as well as behind-the-scenes content from photoshoots. You can also find snapshots of LIPHOP’s shop and café in Garosu-gil, Gangnam in Seoul on her social media channel.

LIPHOP is known as one of the first Korean online retailers to use outdoor photos of models in everyday settings. LIPHOP model Yang So-yeon, who is also a YouTuber, is probably the best known of the brand’s models. The LIPHOP model’s Instagram is ssoyeony, where she shares many of her outfits.

K-pop girl group (G)I-DLE became LIPHOP’s official brand ambassador in 2020. The girl group consisting of Korean, Chinese and Thai members is known for promoting girl power with charming and confident music and style. As such, they’re perfect for representing the global fashion brand. (G)I-DLE LIPHOP photocards were released as part of the(G)I-DLE LIPHOP collaboration. The members have frequently been spotted wearing LIPHOP pieces. Photos of Minnie in the Blue Milliper with quilt lining and Kelly Milliper with quilt lining were posted on LIPHOP’s Instagram, while Shuhua was photographed in the Rider Jacket in yellow. Also sighted on the social media channel are shots of Miyeon in a pink zebra robe and Soyeon clad in an embroidered leopard jacket.

LIPHOP has partnered with other Korean celebrities too, such as former U-KISS member Kevin Woo, who has shared how LIPHOP clothing helps him express his creativity and represent both Western and Eastern cultures. The singer has cited a LIPHOP jacket as his favorite clothing item, and he’s donned a LIPHOP sweatshirt and LIPHOP zip-up hoodie on radio shows.

Other K-pop idols who rep LIPHOP include Stray Kids’ Bangchan, who has been spotted in a LIPHOP black hoodie, and K.A.R.D’s Somin, who has been seen in a blue LIPHOP leather jacket. CLC’s Sorn shared photos of her pink LIPHOP FLEXXY hoodie on Instagram, while Momoland’s Ahin posted photos of herself in a sleeveless black LIPHOP dress with the caption “I love this dress.” GOT7 member BamBam is also frequently sighted in colorful LIPHOP fur jackets, such as the Red Milifur.