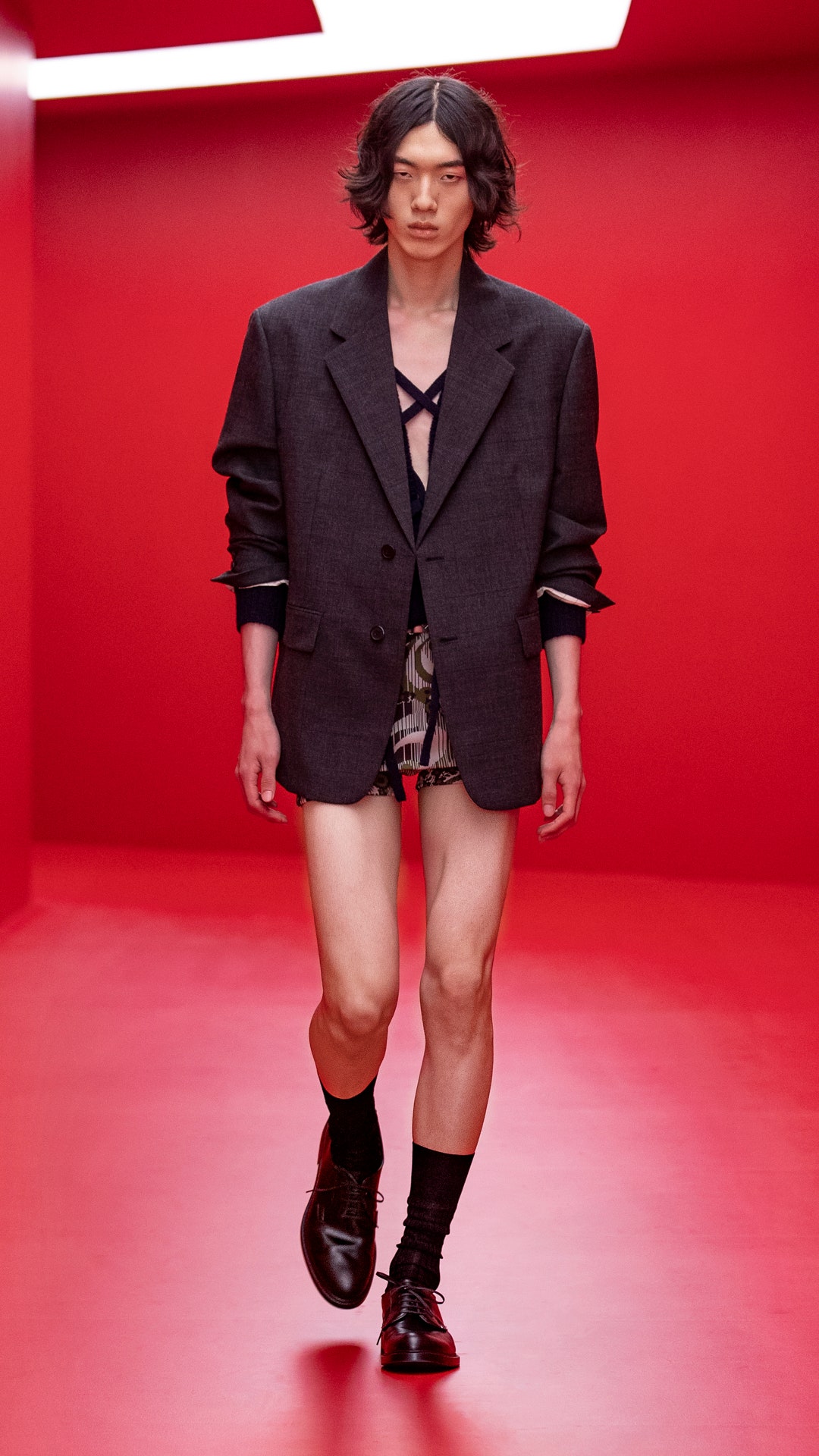 Is Fashion Too Obsessed With TikTok?

In this crazy, trendless world of influencer culture and runway styles that go viral as TikTok DIY projects, the runway is ever more responsive to the whims of Gen Z, and

why not? They’ll try anything: crop tops, skirts, high-heel boots. We’re living through a revolutionary moment in personal style, and much of it is happening, or at least starting, online. Designers should still occupy a position of authority in this ecosystem, though, and as the Spring 2022 menswear shows kick off, it’s worth asking: who is really doing the influencing here?

This past weekend, the New York Times reported on how the fashion world, especially retailers and trend forecasters for department stores and mall brands, have been determining what to sell. The pandemic threw a wrench in the old models for predicting what’s cool—for one thing, it made surveying runway shows and working up quick copies obsolete—and trendspotting is now “an obsessive study in web traffic and reviews, Instagram and TikTok posts, bridal registry data and restaurant and hotel bookings. This was always a piece of the puzzle for many chains, but it became central to their survival in the past year.” If you go into a department store, or a fast fashion retailer, you’ll see a bunch of seemingly unconnected items that are nonetheless tied together under the umbrella of TikTok style: fruit-print camp shirts, Grateful Dead sweatshorts, Chelsea boots (yes, in mid-June!), and lace button-ups. It’s like walking into your iPhone.

But the trend has bled out far beyond the confines of your local mall. This past weekend, Milan Fashion Week featured two Spring 2022 collections that seemed to confirm that fashion is getting extremely online—and that TikTok’s hold on fashion extends to brands that used to look down their noses at bottom-up trends from social media. First was a crop top-stuffed collection from Silvia Venturini Fendi, who designs the Italian leather brand’s menswear. (Kim Jones, following in the late Karl Lagerfeld’s footsteps, has handled womenswear since last year.) And then on Sunday came a surprisingly webby second menswear outing from Raf Simons and Miuccia Prada, who have been co-creative directors since early 2020. Both shows raised new questions about who’s doing the influencing here. Whereas brands once created products that found their way to TikTok influencers (either organically and through media partnerships and gifting), it now seems that TikTok’s trend machine is setting the runway agenda.

At Prada, the concept was simple: the models meandered through a deep red tunnel, designed by starchitect Rem Koolhaas’s firm OMA—which, a few minutes into the video, suddenly opened onto a pristine beach in Sardinia, where models splashed and danced in the water. As the press release read (in its entirety), the show was about the “TUNNEL TO JOY”; “URGENCY OF FEELINGS”; and “UTOPIA OF NORMALITY.” (This is another new wave: the press release, once a place for frolicking prose, has been reduced in many cases to a handful of vibey words.) Which is to say: simple pleasures. Nothing big to explain or mull over here! Just some young guys on the beach. There were short-shorts, bucket hats, thin knits, fisherman rompers, and even some skorts—but, strangely, none of the instant-classics we’ve come to expect from Prada, like the nappa leather bombers from last season. You know the ones that I’m still thinking about, and that

}" rel="nofollow noopener">Drake has somehow already managed to get his hands on, despite the fact that they won’t be in stores for months.

Was this...Prada’s hot boy summer? Basically, though it lacked the joie of, say, Jacquemus, which has turned a relatively simple cocktail of floral shirts, tan skin, and broad smiles into a worldwide phenomenon. In a quote distributed after the show, Miuccia Prada said that the collection was meant to communicate a simple and straightforward message in a too-complicated world. But the idea on offer felt a little too obvious—especially for Prada, which is beloved precisely because how frequently it chooses to take the intellectual high road.

Maybe it’s the early-summer heat. A day earlier, Fendi had its own “that’s hot” moment, showing cropped, short-sleeve blazers with short shorts and washed-out pastels. It felt a little too of the moment—not like a dripping ice cream cone or a biting Negroni or a sloppy kiss. More like an unsatisfying peck.