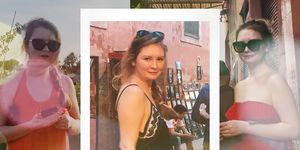 Everything We Know About the Upcoming Anna Delvey Netflix Show, Inventing Anna

target="_blank" target="_blank" data-vars-ga-outbound-link="https://www.hollywoodreporter.com/live-feed/shondalands-anna-delvey-series-sets-cast-julia-garner-anna-chlumsky-katie-lowes-star-1251515"/>first revealed that Garner will take on the role of Sorokin, the scammer who conned Manhattan socialites out of thousands of dollars using the name Anna Delvey, and who became the subject of a hugely popular New York Magazine article in 2018. The Netflix series, titled Inventing Anna, comes from Grey's Anatomy, Scandal and Bridgerton creator Shonda Rhimes, so we can expect a program with equal amounts of intelligence and allure. Below, everything we know so far.

Based on Jessica Pressler's 2018 New York article"How Anna Delvey Tricked New York's Party People," Inventing Anna will chronicle the real-life story of Sorokin, a 28-year-old who posed as a German heiress by the name of Anna Delvey and invaded the New York social scene sometime in the mid-2010s. Sorokin claimed to be on a fast track to a $67 million trust fund, but in reality, she hailed from a lower-middle-class family from Russia. She ultimately scammed her friends and New York businesses out of a total of $275,000.

How the SoHo Scammer Duped This Vanity Fair Editor

In 2017, she was charged with grand larceny and theft of services. Along with New York,Vanity Fair reported on Sorokin's exploits in 2018, and she soon became known as the SoHo Scammer. In March 2019, Sorokin sparked another internet sensation when she appeared in court in designer clothes; ELLE even spoke to Anastasia Walker, the professional stylist Sorokin hired during her trial.

In late April, Sorokin was found guilty and convicted of attempted grand larceny, three grand larceny counts, and a misdemeanor charge of theft of services. In May, she was sentenced to four to 12 years behind bars by a New York court.

The official plot description for Inventing Anna, per THR, reads, "In Inventing Anna, a journalist (Anna Chlumsky) with a lot to prove investigates the case of Anna Delvey (Julia Garner), the Instagram-legendary German heiress who stole the hearts of New York’s social scene—and stole their money as well. But is Anna New York’s biggest con woman or is she simply the new portrait of the American dream? Anna and the reporter form a dark funny love-hate bond as Anna awaits trial and our reporter fights the clock to answer the biggest question in NYC: Who is Anna Delvey?"

Who's in the cast?

On October 31, The Hollywood Reporter confirmed the casting of five of the show's stars, led by Garner, who recently picked up an Emmy for the Netflix drama Ozark. Her Sorokin is described as “a young woman in her mid-20s with a hard-to-place European accent who takes New York by storm.” It soon becomes clear she's leaving “an emotional body count” in her wake.

Emmy nominee Chlumsky (Veep) will join Garner as reporter Vivian, who sees Sorokin's story as a “golden ticket” for her career. However, as Vivian increasingly reports on the story, “the more attached to Anna she becomes.”

Katie Lowes, who starred on Scandal for seven seasons, will play Rachel. Her character is being described as “a natural-born follower” who worships “Anna Delvey” to the detriment of her own life. However, the description teases that “the woman she becomes because of Anna may be Anna’s greatest creation.”

Orange is the New Black star and Emmy nominee Laverne Cox joins the cast as Kacy Duke, a trainer and life coach to the stars. Her character is described as “mature and centered enough to stay out of any real trouble” when it comes to Sorokin's scamming.

Alexis Floyd (The Bold Type) will play Neff, an aspiring filmmaker who works as a hotel concierge. While her character is “drawn in” by Sorokin's lifestyle, she's still described as “nobody’s fool.”

THRreports that The Devil Wears Prada director David Frankel will direct the pilot and another episode. Rhimes will write and produce along with her Shondaland partner Betsy Beers. The show will reportedly film in New York, the stage for most of Sorokin's schemes.

Anders Holm (Workaholics) has been cast as Jack, Vivian's supportive husband. But however positive the pair's relationship may be, “Jack finds it harder and harder to be in sync with Vivian as she grows more in danger of succumbing to her obsession with Anna.”

Anna Deavere Smith (The West Wing) boards the project as Maud, a “sharp, funny, and often too blunt” journalist who helps uncover Sorokin's story. Shondaland native Jeff Perry (Scandal) will play Lou, another journalist at the magazine who is branded “too old...yet too esteemed to fire.” Terry Kinney (Oz) rounds out the group of co-workers as Barry, a war correspondent with “a dark sense of humor” and no desire to cover pop culture.

When will it air?

The series does not yet have an official release date but is apparently aimed to drop in 2022.

Is there a trailer?

Not yet, but in October 2021, Netflix released a few first-look images that give us a peek at how Garner is embodying Sorokin.

Will the real-life Anna Sorokin profit from the show?

Although Buzzfeed reported back in May that Sorokin was ordered to pay $199,000 in restitution and a fine of $24,000, some have wondered if she could stand to profit from a project about her life.

In July, The New York Timesreported on a concerted effort to stop that from happening. In May 2019, New York State attorney general Letitia James drew on the “Son of Sam” law—which prohibits felons from making money off their crimes—in a petition filed to prevent Netflix from paying $70,000 to Sorokin. NYT also reported that the attorney general intended to halt future payments of $15,000 per episode consultant fee and $7,500 per episode royalty.

In a text message to NYT, Sorokin's lawyer Todd Spodek wrote, “It has always been Ms. Sorokin’s intention to pay back her victims. I anticipate resolving the issue without further litigation.”

TIMOTHY A. CLARYGetty Images
Savannah WalshEditorial FellowSavannah Walsh is an Editorial Fellow at ELLE.com.
Lauren Puckett-PopeAssociate EditorLauren Puckett-Pope is an associate editor at ELLE, where she covers news and culture.
This content is created and maintained by a third party, and imported onto this page to help users provide their email addresses. You may be able to find more information about this and similar content at piano.io